In our 2018/2019 season, more than 4,200 individuals made a gift to the COC to help us share the transformative experience of opera with our local, national, and global audiences. Together with public partners, corporate supporters, and foundations, these donors contributed nearly $12 million to help make our programming possible. 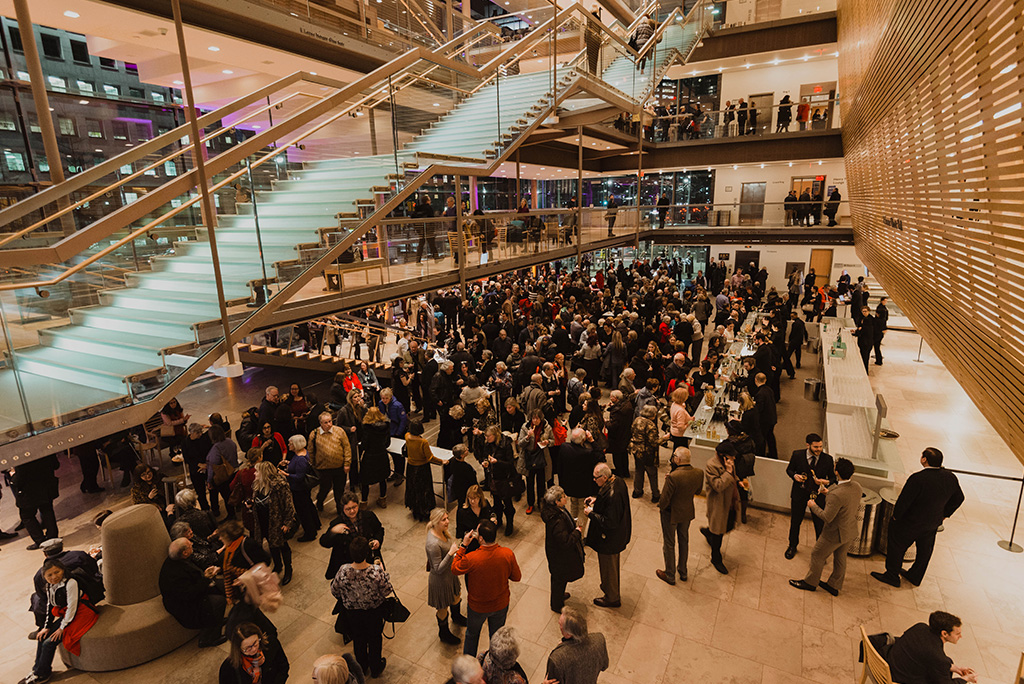 In recognition of this foundational support, our subscribers and members were invited to a supporter-exclusive event where they experienced a sneak preview of the 2019/2020 season, ahead of the general public.

OUR SUPPORTERS
OUR ARTISTS
FINANCIAL INFORMATION

With the help of our supporters, we delivered a diverse array of stories that spanned an astonishing 228 years of human creativity. These works were brought to life by some of the industry’s most compelling performers and creative teams, who offered our audiences unforgettable encounters with musical drama, psychological insight, and emotional depth. 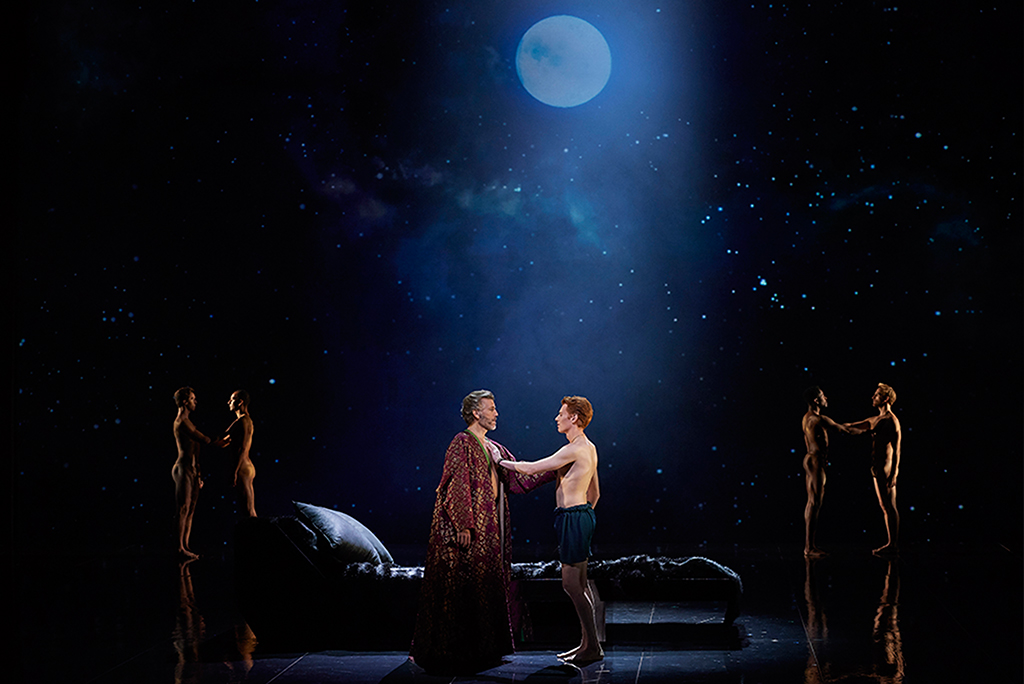 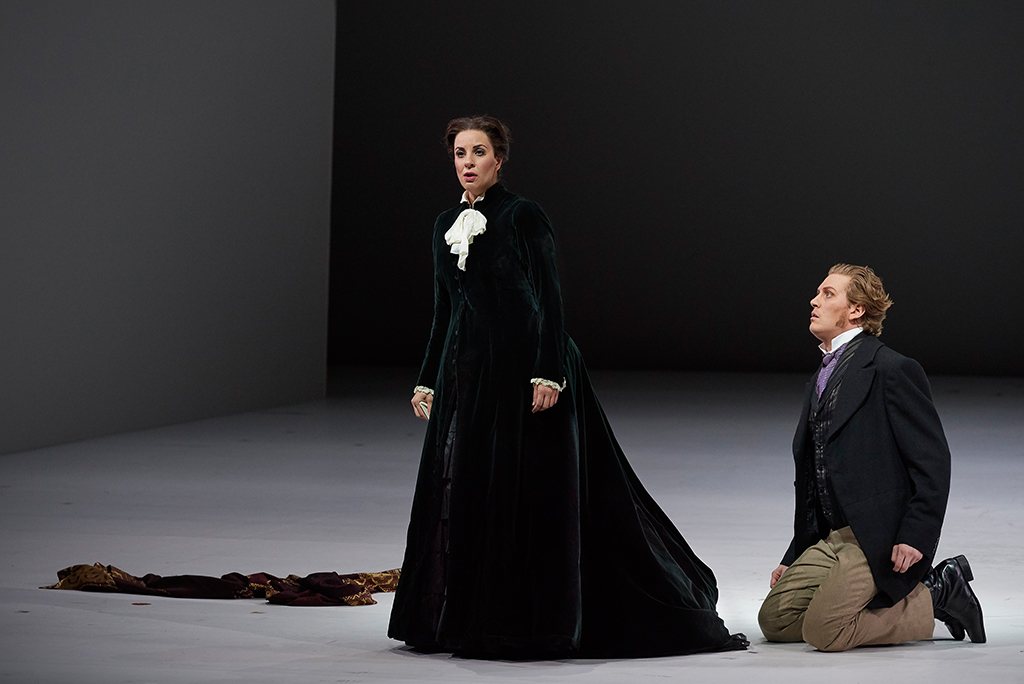 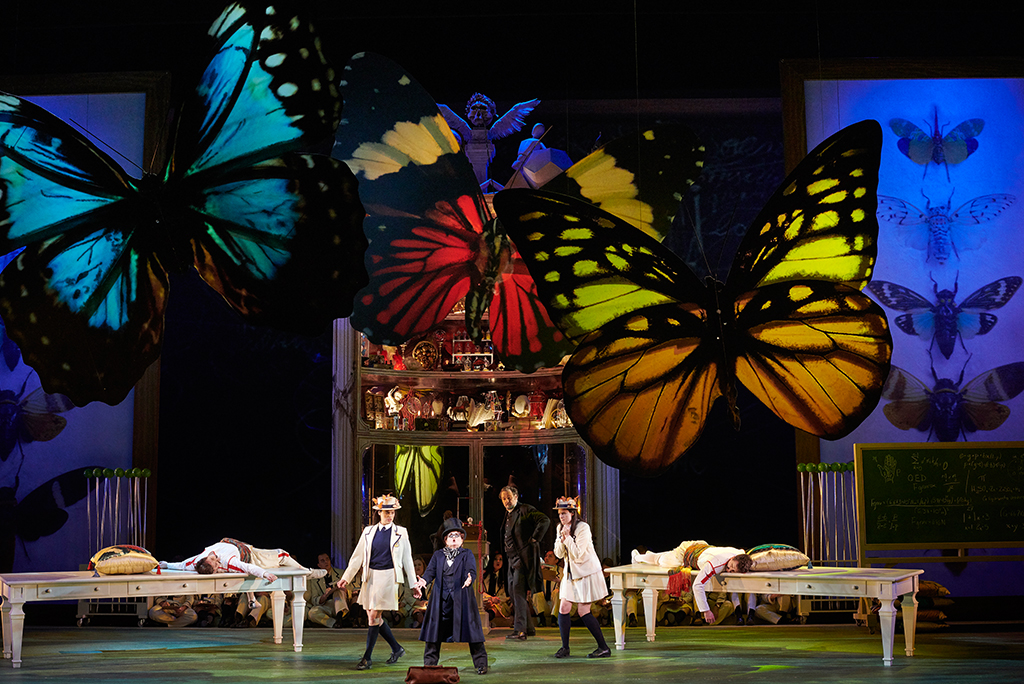 Strauss
“A rare theatrical perfect storm” — Opera Canada
Christine Goerke sang an Elektra for the ages – here’s how this superstar prepared for the hair-raising role. 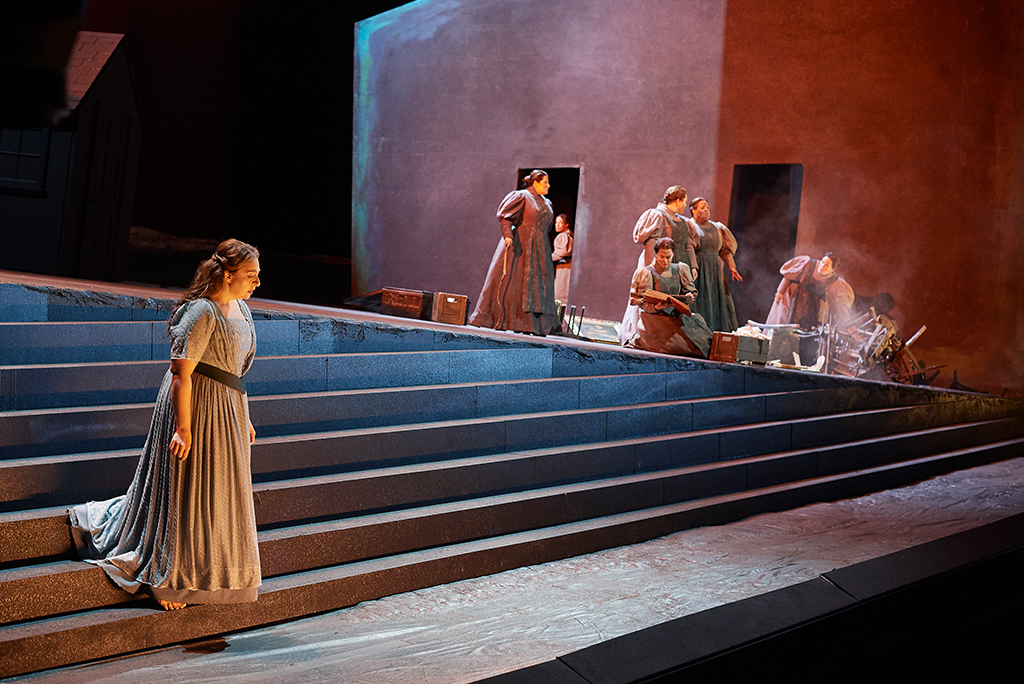 Verdi
“Music drama of the highest order” — NOW Magazine
This “revolutionary” (Wall Street Journal) production sparked conversations about representation and race in opera, including a personal essay by star Russell Thomas in our NOTES series. 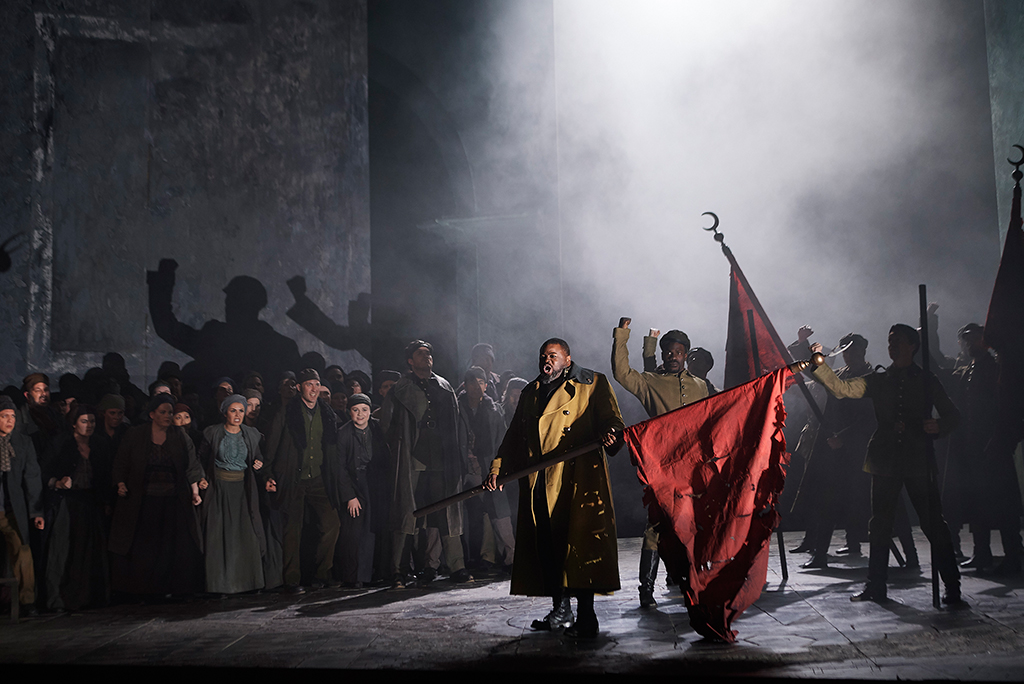 Puccini
“When the singing and music are so well executed we can simply bask in the glow of the fine result” — Toronto Star
This always-popular classic brought thousands of new audience members to the opera house. 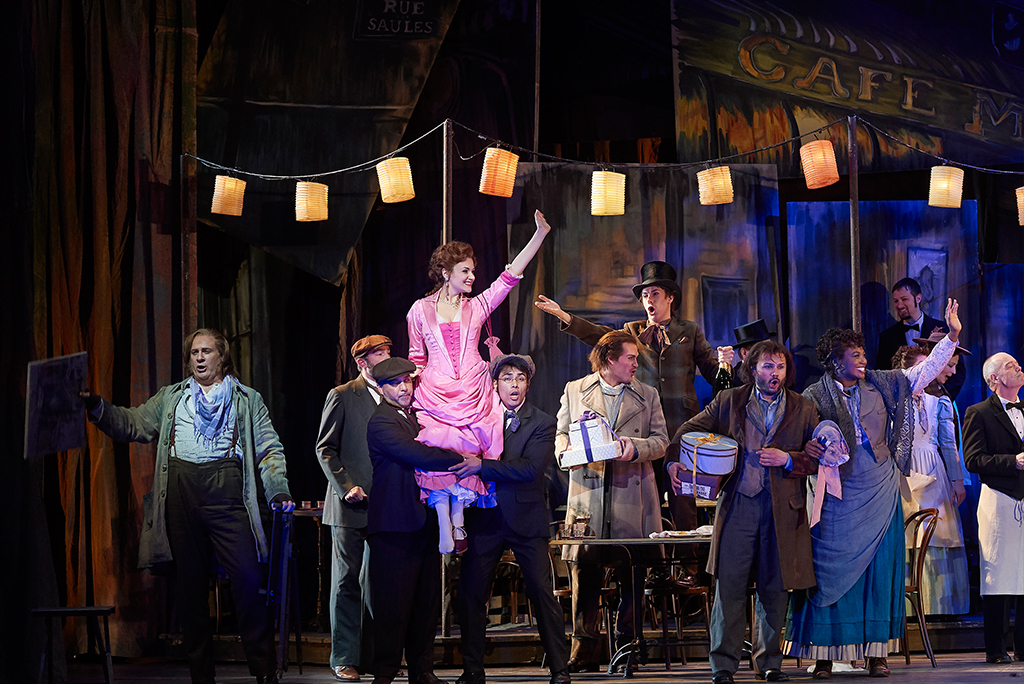 The end of the 18/19 season testified to the growth of the COC’s reputation in the global opera industry with General Director Alexander Neef recruited to lead Opéra national de Paris as its next general director, following the close of the COC’s 2020/2021 season. Having begun his career as a casting director with the historic and prestigious opera house, Neef’s return to Paris in 2021 will mark a remarkable next step, after more than a decade of leading the COC to its current standing at the centre of international attention and acclaim.

The Free Concert Series in the Richard Bradshaw Amphitheatre, presented by TD Bank Group, celebrated a major milestone with its 1,000th performance taking place on February 19, 2019. 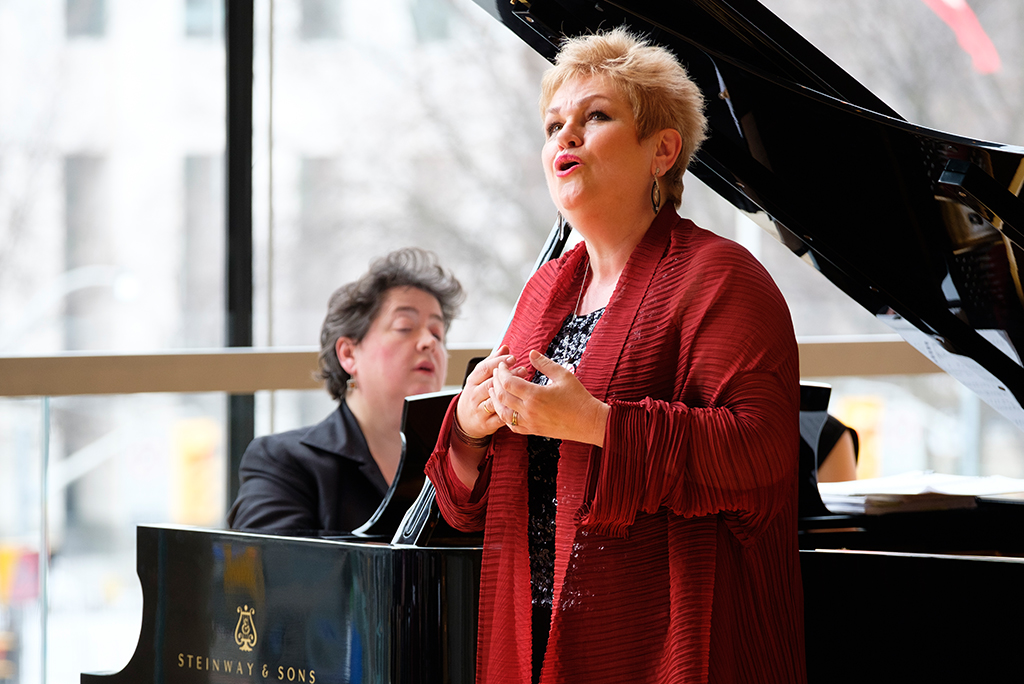 Nearly 14,000 people took in one of the season’s 74 free concerts, which featured six world premieres and 387 artists across classical, jazz, dance, and world music performances. Special highlights included Songs in the Key of Cree with Tomson Highway, Patricia Cano, and Marcus Ali, as well as a special preview of Who We Are in the Dark, a blend of daring contemporary dance and supercharged music presented by acclaimed Canadian dance artists Peggy Baker, Jeremy Gara and Sarah Neufeld of the Grammy Award-winning rock band Arcade Fire.

Our multi-year plan to engage diverse communities, provide publicly accessible art, and lift up emerging voices at our administrative home in the Joey and Toby Tanenbaum Opera Centre (227 Front St. E.) continued with the launch of Opera for Toronto. The ambitious programming initiative introduced new audience members to opera through free performances designed to break down barriers.

We delivered accessible, enriching arts education programming to more than 32,000 patrons across the GTA. From inviting parents to experience live music in a baby-friendly environment and empowering GTA’s teachers through opera workshops, to sharing free pop-up performances, lectures, and sing-alongs, as well as creating a brand new specially adapted Opera For Young Audiences at our Culture Hub – our supporters helped us make opera more relevant, accessible, and illuminating in our 2018/2019 season.

Our supporters also helped us grow and sustain the COC Academy, Canada’s home to a new wave of opera creators and an incubator for the future of the art form. The Academy includes our flagship Ensemble Studio training program that provides thousands of hours of training to opera’s next great voices; the opportunity for young student musicians to perform at an opening night performance in our Orchestra Academy; and multiple residency streams that are nurturing cutting-edge Canadian talent.

Against the Grain Theatre wrapped up their tenure as our Company-in-Residence, and we welcomed our new Composer-in-Residence, Ian Cusson who has already penned a world premiere and will be creating a new work during his residence, in collaboration with award-winning Canadian playwright and librettist Colleen Murphy.

Centre Stage Gala and Ensemble Studio Competition gave Canada’s brilliant young opera singers a platform to showcase their talent while Operanation transformed the opera house into a fairytale party. Proceedings from both events went towards further support for our young artist training programs.

Our members, donors, and partners make all of this possible. Donate now to help us continue to support up-and-coming young artists, expand our outreach programs that bring the joy of music to audiences across the GTA, and bring together the immense artistic work that goes into every mainstage performance.

The Canadian Opera Company gratefully acknowledges the generous support of our corporate sponsors.

The Canadian Opera Company gratefully acknowledges the generous support through operating grants from these government agencies and departments:

For many programs and special initiatives undertaken each year by the Canadian Opera Company, we gratefully acknowledge project funding from:


THE COC ENSEMBLE STUDIO PROGRAM GENEROUSLY MADE POSSIBLE BY

Christine Goerke as Elektra (at left) in a scene from the Canadian Opera Company’s production of Elektra, 2019. Photo: Michael Cooper.