Please note: For our 2021/2022 season, pre-performance chats were taped with the directors of each spring opera. You can watch these ahead of your performance anytime at coc.ca/Traviata or coc.ca/Flute for more information on the opera and this staging, plus a behind-the-scenes look at rehearsals.

The chats will also be played (with subtitles) on screens throughout the Four Seasons Centre on the day of your visit.

Time/Duration: 20-minute chats, 45 minutes prior to every opera performance.
Tickets: No ticket necessary, free when you attend an opera. Arrive early as seating is limited.

Stephan Bonfield is Lecturer in music, science and general studies at Ambrose University where he teaches the music history core program and advanced music theory. He is also research associate in an auditory neuroscience lab at the University of Calgary. Stephan runs his own music history and theory studio and is a senior examiner in both disciplines at the Royal Conservatory of Music. He is the dance critic for the Calgary Herald; reviews the performing arts at the Banff Centre plus new music concerts in Calgary. He now covers the National Ballet of Canada for Musical Toronto and lectures on opera for the Canadian Opera Company, Edmonton Opera and Against the Grain Theatre.

Dr. Hannah Chan-Hartley is a musicologist, active in the public sphere as a writer, speaker, and researcher. She was recently Musicologist-in-Residence at the 2018 Verbier Festival in Switzerland and at the Toronto Symphony Orchestra, where she was also Managing Editor of publications. She holds a Bachelor of Music Honours in violin performance from McGill University, a Master of Philosophy in musicology and performance from the University of Oxford, and a PhD in musicology from the University of Illinois at Urbana-Champaign. Hannah’s research interests include the social and cultural history of music and music institutions, focusing on the Europe–North America transatlantic context from the 19th century to the present day, as well as the performance and reception history of opera (notably, the works of Richard Wagner) and orchestral music, about which she has written and presented at major conferences. She is the creator of the award-winning Visual Listening Guides (symphonygraphique.com)—a new kind of graphic listening guide for symphonic music. 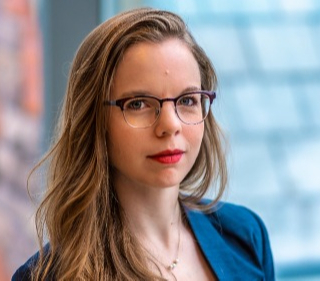 Margaret Cormier is a PhD candidate in musicology at McGill University, where she has been a teacher’s assistant and guest lecturer in music history. She holds a Bachelor of Music with Honors in Voice Performance (2013) and a Master of Arts in Musicology (2015) from Western University. Recently, she has presented her work on opera at professional conferences in Oxford, San Francisco, and Dublin. Her current research considers the role of staging and production in creating operatic meaning, and focuses on representations of sexual violence on the operatic stage. Her PhD dissertation is supported by the Social Sciences and Humanities Research Council of Canada (SSHRC).

Wayne Gooding is a Toronto-based writer and former editor of the quarterly magazine, Opera Canada. In his earlier incarnation as a business journalist, he wrote for such publications as The Financial Post, Report on Business, Policy Options and served as editor of Canadian Business, Marketing Magazine and Financial Post Magazine. Over the past decade, he has increasingly focused on a lifelong interest in opera and music theatre. Besides Opera Canada, his byline has appeared in Playbill, Opera Now and The Wagner Journal, among other publications, and he has given lectures and presentations across Canada. For the COC, he also gives the Opera Talks series at the North York Central Library.

Kyle Hutchinson is a Ph.D. Candidate in Music Theory at the University of Toronto. His research explores chromatic harmony in the music of Wagner and Richard Strauss. Other research interests include understanding the philosophic underpinnings of music analysis, and applying music theory to contemporary musical theatre. Kyle is also active and interested in music pedagogy, and in 2017 was one of twelve graduate students across U of T shortlisted for the university-wide award for outstanding Teaching Assistants, and has won a similar award from the Faculty of Music. Kyle has presented research at conferences across North America, and recently won the George Proctor Prize for best graduate student paper at the 2018 Canadian University Music Society Conference in Edmonton.

Pianist and composer Stéphane Mayer has quickly been establishing himself as one of Canada’s premier up and coming artists. As a recent graduate of the COC Ensemble Studio, Stéphane served as music staff on numerous notable productions such as Louis Riel, Cosi fan Tutte and Otello. As a champion of new music, Mr. Mayer also participated in the presentation of two world premieres: The Rocking Horse Winner (Tapestry Opera/Scottish Opera) and Ours (Opera on the Avalon). Last season, he collaborated with noted librettist Joel Ivany on an adaptation of Rossini’s La Cenerentola entitled WOW Factor, for which he provided original music. Mr. Mayer’s music has also been included in numerous recitals at the Richard Bradshaw Amphitheater at the Four Seasons Centre for the Performing Arts as well as featured at The Future of Art Song Symposium at the University of Toronto. A graduate of McGill University’s Schulich School of Music, Stéphane has also worked as a vocal coach and accompanist at Western University. As a public speaker, Stéphane has acted as master of ceremonies and panelist for the COC, the Soho house and the Toronto Opera Club. 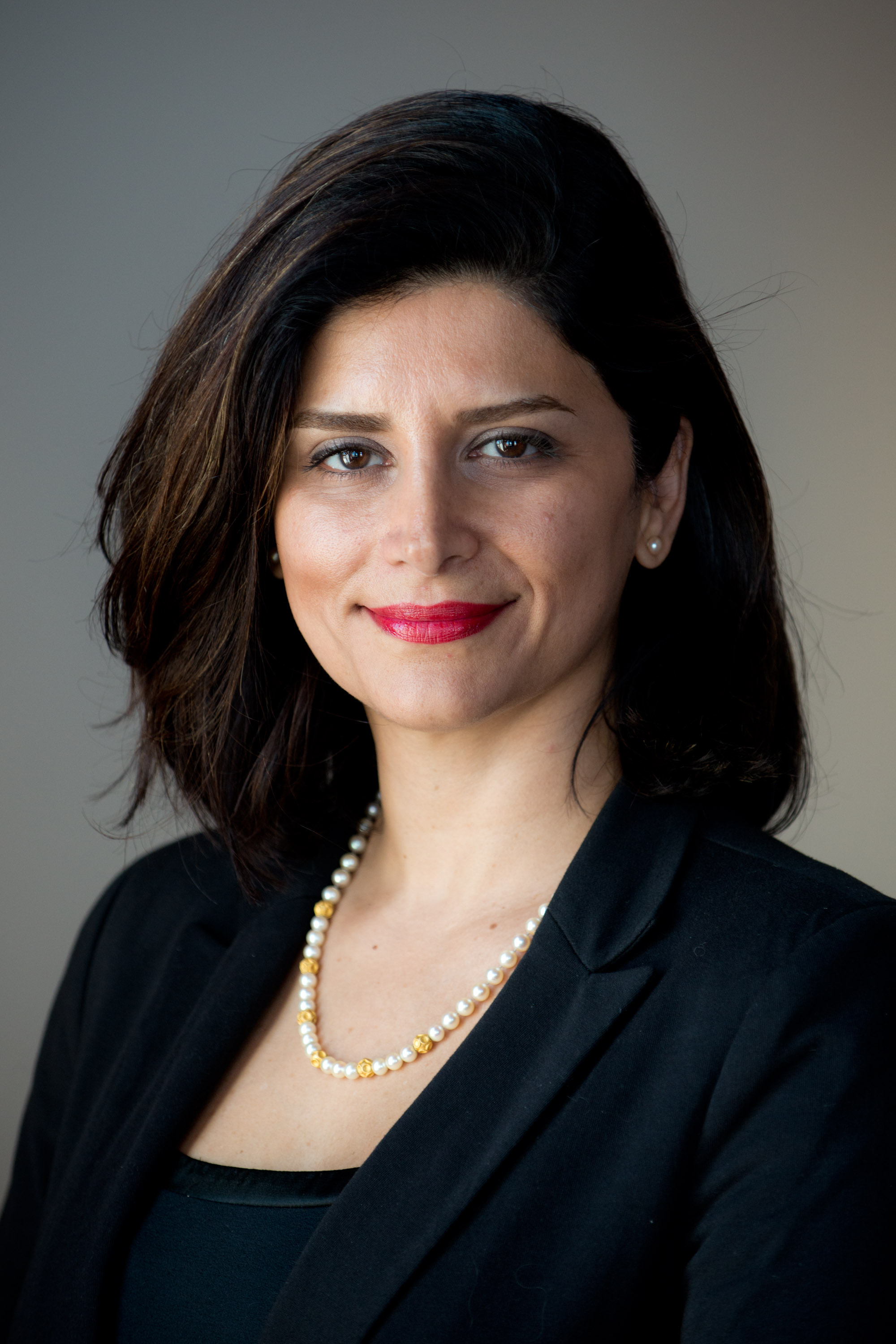 Afarin Mansouri is an award-winning composer whose works have been performed in Canada, the United States, England, Iran, and South America. She has collaborated with various organizations and Festivals such as Tapestry Opera, You Dance National Ballet of Canada, Tirgan Festival and Toronto Nuit Blanche. In 2018, her opera Forbidden gained national and international attention by Globe and Mail and BBC World. Opera Canada considered her music powerful, with gorgeous lyricism and the most memorable highlights of the opera, The Journey, Notes of Hope. As a soprano, Afarin has performed her own new music for Toronto Culture Days, Tirgan Festival and Iranian-Canadian Composers of Toronto’s program “The Thirtieth Act”. As an educator and researcher, Afarin has led many opera workshops in collaboration with organizations such as Canadian Opera Company and has presented her research on various national and international conferences while teaching undergrad courses in music at York University as teaching assistant. Currently, Afarin is a member of Diversity, Equity and Inclusivity committee at the Canadian Opera Company and preparing to defend and finish her PhD research on Canadian Children’s Opera at York University. She is also the selected composer-in-residence for Heliconian Club for the 2019-20 season.

Brian McMillan is the Director of the Music Library at Western University in London, Ontario. In addition to a Masters of Information Studies from the University of Toronto, he holds a bachelors and masters in voice performance from McGill University. He has sung professionally with several ensembles across Canada including the Tafelmusik Chamber Choir, Aradia Ensemble, Quebec's Les Violons du roy, and the chorus of the Canadian Opera Company.

Sadie Menicanin is a PhD candidate in historical musicology at the University of Toronto. She received a Master of Arts in Historical Musicology from U of T in 2015, and completed her Bachelor of Music in Music History and Piano at McGill University in 2011. Broadly, Sadie's research embraces late nineteenth- and early twentieth-century opera, though her particular specialty is Austro-German modernism. Her dissertation research, which is supported by a Joseph-Armand Bombardier Doctoral Fellowship, explores the aesthetics and politics of gardens in Viennese music for the stage around World War I. An avid choral singer outside of her research pursuits, Sadie is currently a member of the Exultate Chamber Singers. Tafelmusik Chamber Choir, Aradia Ensemble, Quebec's Les Violons du roy, and the chorus of the Canadian Opera Company.