Performance Length: 3 hours, including one intermission


What makes Carmen so special?

A searing portrait of a woman who is desired by everyone — but her only desire is to be free. The music is full of blazing melodies and famous arias that have made Carmen a beloved blockbuster.

A fiercely independent woman becomes ensnared in a high-stakes game among garrison soldiers, smugglers, and a superstar bullfighter, culminating in a deadly clash of passion and jealousy.

Our classic production transports audiences to a sun-drenched setting of bustling street scenes, outlaw hideaways, and a fateful climax that crackles with electricity.

– The Globe and Mail

Carmen is a seductive, freedom-loving woman, desired by many. She takes Don José, a young soldier, as her latest lover, who defects from the army to join her in her smuggling life. But when she spurns him for the dashing toreador Escamillo, Don José cannot accept her rejection…to fatal consequences.

Micaëla, a young peasant girl, is searching for her beloved, the soldier Don José. During the changing of the guard, a group of women take a break from their work at a cigar factory. One of them, Carmen, has many admirers but she tries to attract the attention of Don José who remains indifferent to her, despite the flower she has tossed at him. A short time later, the beautiful Carmen is arrested following a fracas with another factory worker, and Don José is assigned to arrest her. Falling under her spell, the corporal allows her to escape, landing him in jail for two months.

Carmen and her friends gather at a tavern, when a passing parade celebrates the victorious bullfighter, Escamillo. Zuniga, Don José’s lieutenant who is in love with Carmen too, tells Carmen that Don José has been released from jail.  Don José soon arrives at the tavern and Carmen demands that he give up his commission and follow her into the mountains with the smugglers. Meanwhile, Zuniga has caught up with Don José and tries to convince the corporal to come home with him. Don José, torn between duty and desire and jealous of Zuniga’s affection for Carmen, picks a fight with Zuniga. In the end, he has no choice but to desert his company and flee into the mountains with Carmen and the band of smugglers.

As the smugglers move through the mountains, Carmen becomes fed up with her lover’s possessive and controlling behaviour. Escamillo, who has followed them in search of Carmen, arrives. A fight ensues between Don José and Escamillo but is interrupted by Micaëla who has come to tell Don José that his mother is dying. Micaëla and Don José leave together.

On the day of the great bullfight, Carmen and Escamillo swear their love to each other. A haggard Don José appears at the arena and begs, then demands, Carmen to return to him, but she refuses. Don José, in despair, charges at Carmen, stabbing her. She dies as the crowd cheers the toreador in the corrida. 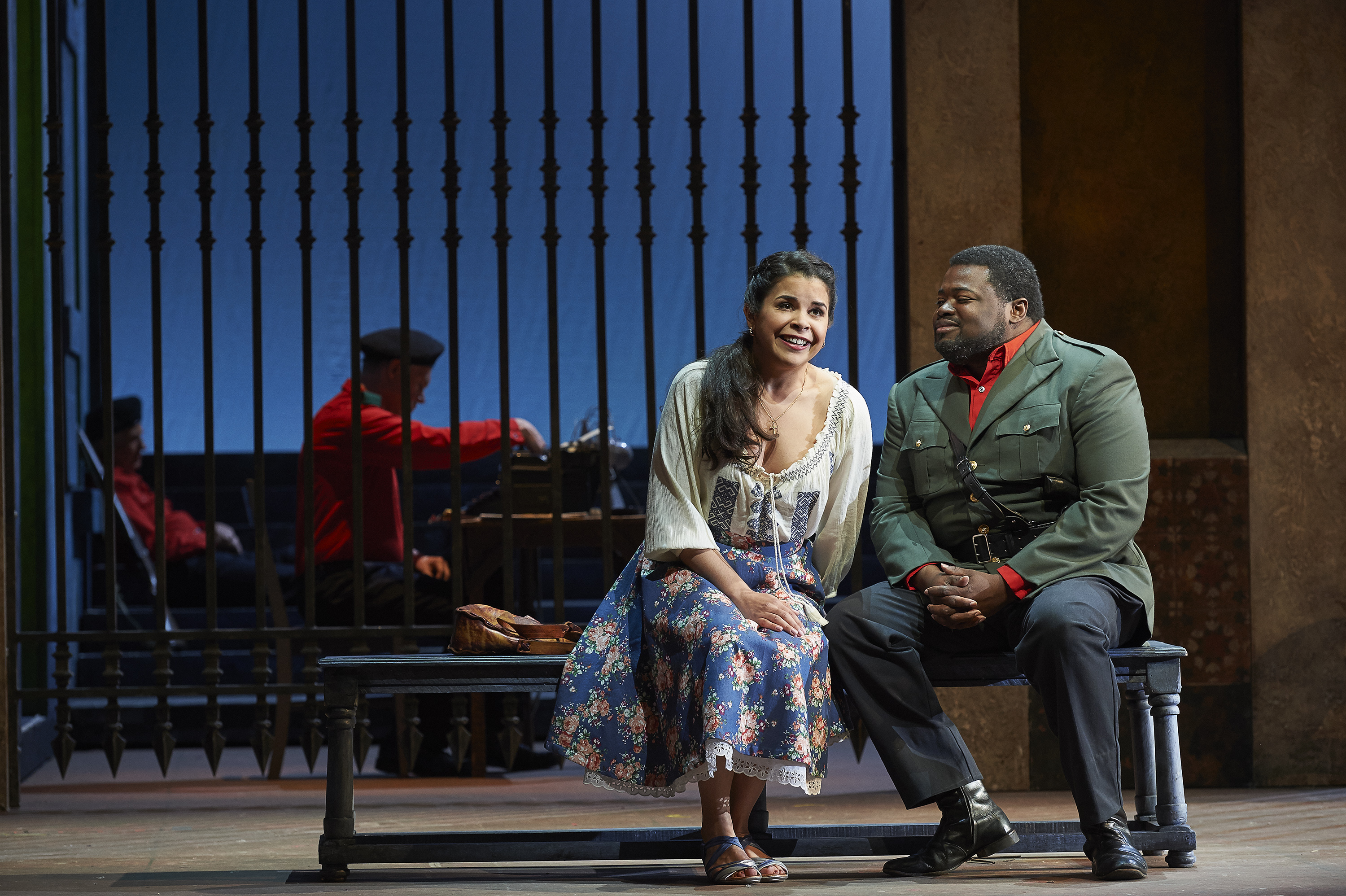 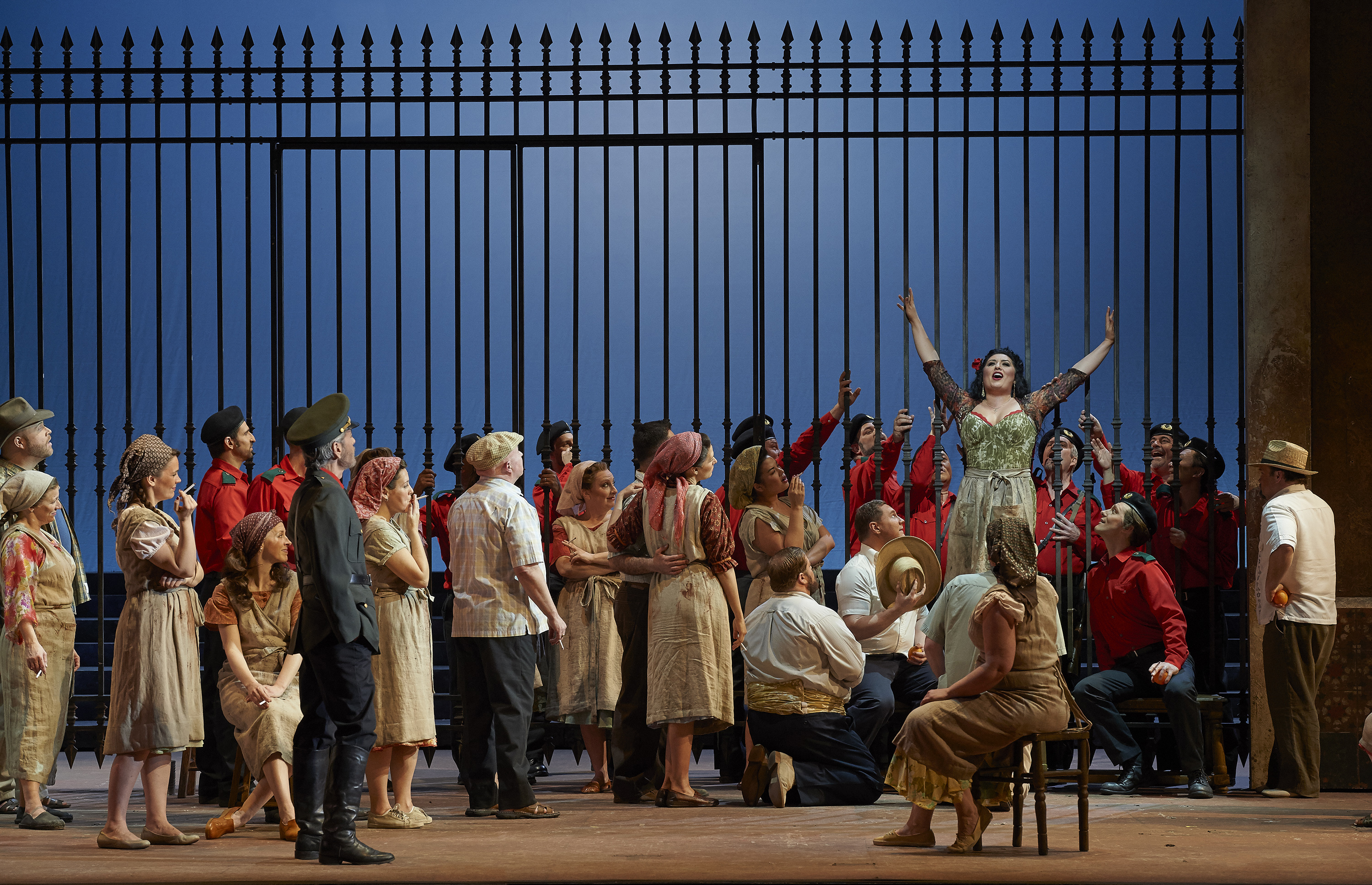 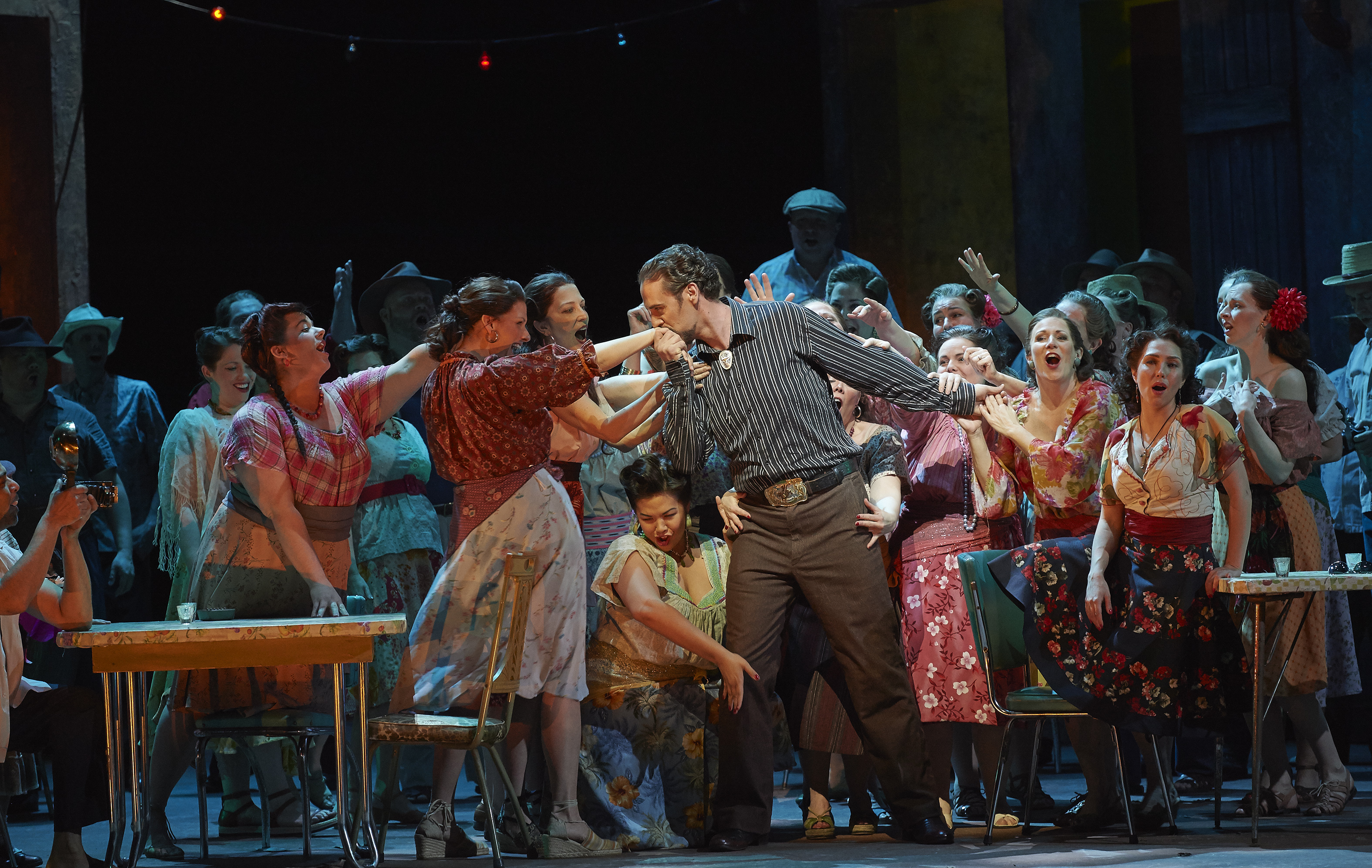 Although he was an exceptionally talented musician, and his opera Carmen is one of the most popular in the world, composer Georges Bizet did not have an easy life… or a long one. Born into a musical family, he enjoyed early success as a pianist and composer, entering the Paris Conservatoire before his 10th birthday and composing his Symphony in C at the age of 17. Bizet suffered from ill health and depression through most of his life, and a short stint in the army weakened him further. After early success with Le Docteur Miracle (1857), he had only moderate success with operas such as The Pearl Fishers (1863) and La jolie fille de Perth (1867).

Carmen (1875) became Bizet’s greatest achievement, a culmination of his life and work. He used the music to drive the drama and action instead of just relying on the spoken dialogue in between to achieve the same result. In Carmen, the emotions of real people were powerfully expressed, marking the work as a strong precursor to verismo (realistic) opera. However, the initial reaction to Carmen was negative. Bizet returned dejected to his family home and died of a heart attack at the age of 36. Later that same year, in Vienna, Carmen triumphed and in subsequent years would premiere all over the world, including debuting in Toronto in 1879. Tchaikovsky, who saw the opera in 1876, predicted that Carmen would be the world’s most popular opera and it continues to be one of the most performed operas in the world.

Carmen's success can be attributed as much to the work of the duo who wrote the libretto (script) as it can be to Bizet’s music.

Before his career as a librettist took off, Henri Meilhac worked in a bookshop, and as a cartoonist and writer for newspapers in Paris. He was known for his vivacious and witty style. In 1856 he wrote the libretto for a one-act musical comedy called La Sarabande du cardinal. From then on Meilhac wrote exclusively for the theatre, eventually producing 115 works.

Ludovic Halévy grew up in the theatre. Both his father and uncle worked in the industry and Halévy was a regular at rehearsals and performances on Parisian stages. In 1852 Halévy became a civil servant, rising to the rank of secrétaire-rédacteur (writer/editor) to the the French Legislature. In 1856 he met Jacques Offenbach, then a struggling composer, who invited him to join his newly formed theatre and for whom he wrote many librettos, including Orphée aux enfers (1858).

In 1860, Halevy was commissioned to co-author a libretto but part way through the project, the second librettist left abruptly. Halévy needed to finish the contract, and was at a loss for a partner to help. He bumped into Meilhac outside the theatre and even though they weren’t well acquainted, Halévy offered him the job. This fortuitous meeting resulted in a fruitful partnership that lasted over 20 years, with Meilhac writing the dialogue and Halévy the lyrics. Together they wrote for several composers, most notably for Jacques Offenbach, providing librettos for La Belle Hélène (1864), La Vie parisienne (1866), La Grande-Duchesse de Gérolstein (1867) and La Périchole (1868). However in writing the libretto for Bizet’s Carmen, they achieved their most notable success.

Performance Length: 3 hours, including one intermission


What makes Carmen so special?

A searing portrait of a woman who is desired by everyone — but her only desire is to be free. The music is full of blazing melodies and famous arias that have made Carmen a beloved blockbuster.

A fiercely independent woman becomes ensnared in a high-stakes game among garrison soldiers, smugglers, and a superstar bullfighter, culminating in a deadly clash of passion and jealousy.

Our classic production transports audiences to a sun-drenched setting of bustling street scenes, outlaw hideaways, and a fateful climax that crackles with electricity.

– The Globe and Mail