#COCRusalka
What makes Rusalka so special?

The mermaid Rusalka leaves behind her watery home to be with her prince charming. Will he stay true to her sacrifice?

Gorgeous sets, costumes, and choreography make this production a fairytale spectacle reminiscent of ballets Ondine and Giselle and films like The Shape of Water.

Sung in Czech with English SURTITLESTM

With the COC Orchestra & Chorus

To pursue her beloved prince charming, the mermaid Rusalka trades her voice for human form. But if he doesn’t stay true to her sacrifice, there will be fatal consequences. Can love overcome a curse?

Three Wood Nymphs tease the mermaid Rusalka’s father, Vodnik, while she is lost in thought.

Rusalka confesses that she has fallen in love with a human prince, and that she wants to meet him on his land – a land of sun, away from their dark watery home.

Vodnik warns how dangerous it is to leave her family home, and that the choice cannot be undone. Undeterred, Rusalka expresses deep love for the Prince in her famous “Song to the Moon” aria.

She meets with the witch Ježibaba, who can exchange Rusalka’s voice for a human body and soul. The witch warns her: Rusalka will not be able to speak to the Prince, and if he ever betrays her with affection for another, they will both be cursed to eternal damnation.

Rusalka is confident that her love can overcome all dangers and agrees to the trade. Once the transformation is complete, the Prince arrives with his hunters in search of a white doe. Instead, he finds Rusalka – and immediately falls in love with this beautiful, mysteriously silent girl.

Already trouble is afoot. Everyone in the realm is skeptical of this silent, nameless woman the Prince has found by the lake. And since she’s unable to express her love to the Prince, Rusalka becomes increasingly agitated and anxious.

Frustrated by her silence, the Prince’s eye wanders to another Foreign Princess, who quickly realizes the tension between the two.

Vodnik is dismayed by his daughter’s fate and Rusalka laments that she has made a terrible mistake. She feels caught between the land and the water, between being a woman and a mermaid – and between life or death.

The Foreign Princess is shocked at how easily the Prince has switched loyalties from Rusalka to herself; she curses them both.

Rusalka yearns for her watery home and past life. She returns to the witch Ježibaba, who tells her there is only one way to escape her fate: she must kill the Prince for his betrayal. Rusalka is shocked, but Ježibaba tells her that humans always end up spilling each other’s blood.

Servants of the Prince arrive, looking for help – he has grown ill, longing for the absent Rusalka.

The three Wood Nymphs try to lighten the mood, but Vodnik warns them that the time for games is over.

The Prince arrives, once again looking for his beloved ‘white doe’: Rusalka. Their love rekindles, but the Prince’s betrayal means they’re still doomed by the curse. Rusalka warns him that a kiss between them will be fatal. Despite her protestations, the Prince insists on dying to atone for his sins. They kiss. 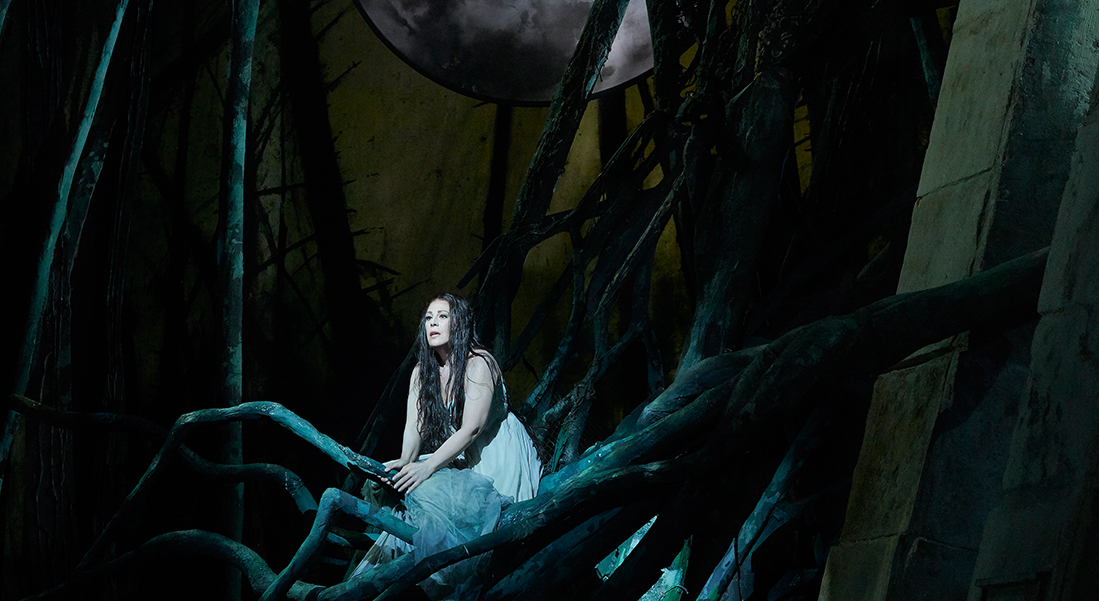 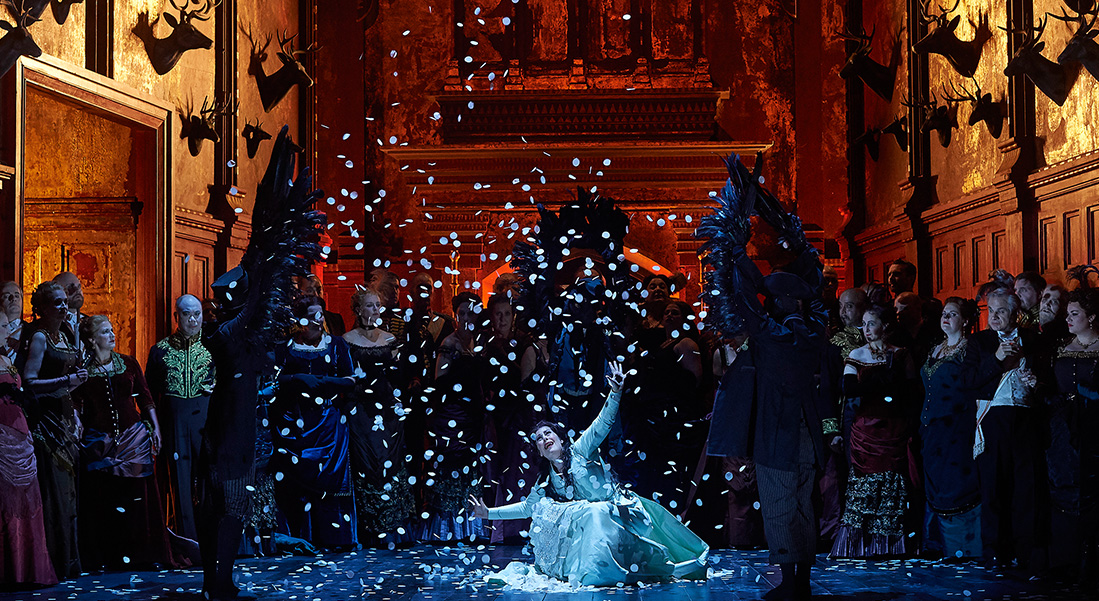 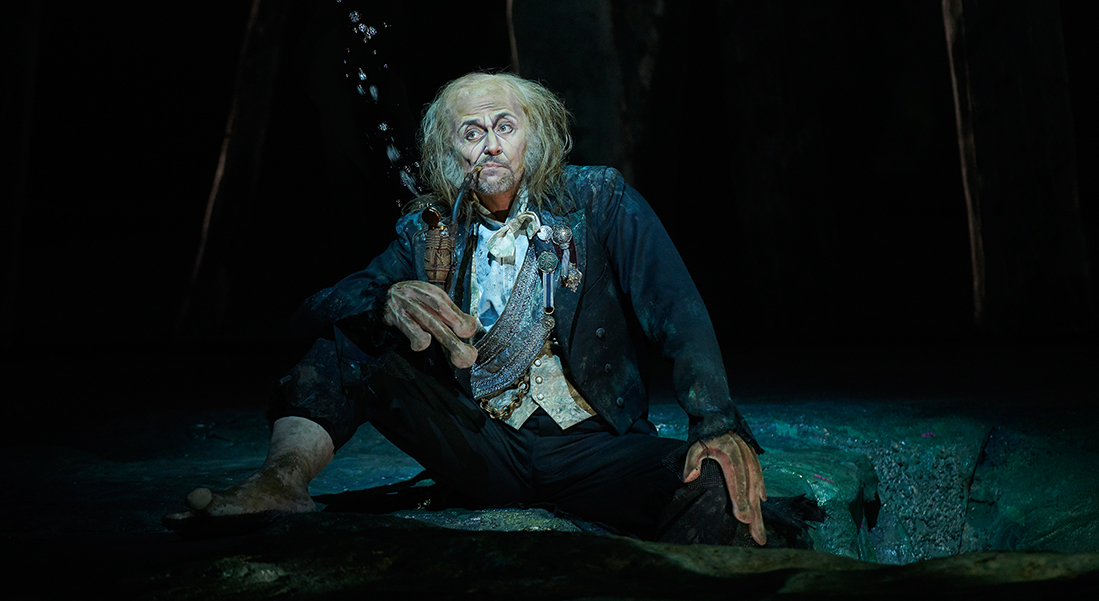 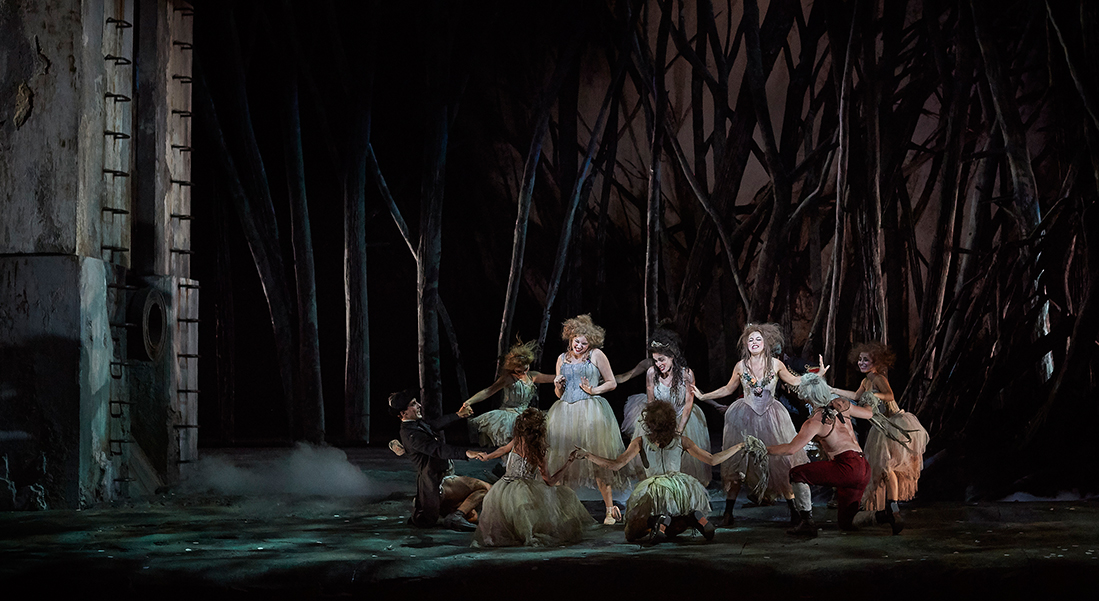 Sondra Radvanovsky (Rusalka) sings the famous "Song to the Moon" ("Měsíčku na nebi hlubokém") aria from Act I of Dvořák's Rusalka. The COC Orchestra is conducted by Johannes Debus.

With Rusalka, Dvořák takes us to another world – full of mermaids, nymphs, and water spirits. Join COC Music Director Johannes Debus as he breaks down the opera's most popular aria, Rusalka's Act I "Song to the Moon".

We sat down with choreographer Andrew George to explore the dance sequences in our new production of Dvořák's Rusalka.

"It is, for me, extra special because my father was Czech." For opera star Sondra Radvanovsky, singing the role of Rusalka is about connecting with her Czech heritage.

Your Guide to Dvořák's Rusalka

A mermaid longs for love and enters a dubious bargain with a sea witch, not realizing the ultimate cost. This classic myth exists in numerous versions, with many regional adaptations, including Hans Christian Andersen’s The Little Mermaid and Friederich de la Motte Fouqué’s Undine.

#COCRusalka
What makes Rusalka so special?

The mermaid Rusalka leaves behind her watery home to be with her prince charming. Will he stay true to her sacrifice?

Gorgeous sets, costumes, and choreography make this production a fairytale spectacle reminiscent of ballets Ondine and Giselle and films like The Shape of Water.