Taking place in the Richard Bradshaw Amphitheatre at the Four Seasons Centre for the Performing Arts, the Showcase Series features artists and creatives from the Asian, African and Caribbean, and Latin American diasporas, to celebrate and honour these many cultures and histories.

This series continues to fulfill the Canadian Opera Company's mandate for increased access to the arts through developing new relationships and partnerships with diverse communities and championing culturally responsive and engaged learning opportunities.

The next installment of the Showcase Series will present four events that feature a number of artists and creatives from the Latin American community in Toronto, to tell stories through their art forms as a living, relevant form of cultural expression. Participants will have the opportunity to experience musical performances that feature Cuban jazz, Mexican chamber music, salsa and bachata styles of dance, and much more.

Performances take place in the Richard Bradshaw Amphitheatre from 12-1 p.m. All events are FREE but require registration. Register online below or call COC Ticket Services at 416-363-8231 to reserve your spot.

It is our policy to overbook. In the event of reaching full capacity, your reservation may not guarantee admission. Unclaimed reservations will be released to a standby line 10 minutes prior to the start of the program. We recommend that you arrive at least 20 minutes before the event start time.

Limited seating is available on a first-come-first-served basis for 100 guests. Once these seats are filled, all other guests will be standing for the duration of the performance. Seats cannot be held or reserved in advance.

Please note: Throughout our performance run this spring, masks will remain mandatory for all audiences, unless actively eating or drinking. Find our latest health and safety policies at coc.ca/SafeReturn.

Colombian soprano Margie Bernal and Italian-Canadian pianist Simone Luti present a recital with songs that represent the richness and diversity of Latin America. Join them in this journey from Mexico to Argentina, passing through Colombia, the Caribbean, and more.

A Beginner’s Guide to Salsa and Bachata

Join Kimberly Ramos and members from the dance teams at Araguacu Latin Dance Company, as they lead our audience through two distinct well-known styles of Latin dance throughout the world. This session will also highlight the interrelationship between Latin music and dance, the influence these styles have on the worldwide dance community, and the significance of preserving its legacy.

Eduardo Angulo's Albatros, para flauta y cuarteto de cuerdas (Albatross, for flute and string quartet) was commissioned by flutist Miguel Angel Villanueva in 2017 and gifted to Alhelí Pimienta and the Venuti String Quartet in 2022 to perform its world premiere at the Canadian Opera Company. Eduardo Angulo is one of the most celebrated composers in Mexico today, and he has written numerous works for flute, including eight concertos for flute and orchestra. This three-movement work is brilliantly orchestrated in a Mexican Magic Realism style, which one might analogize as a Western neo-Romantic-Impressionist style. Sit, listen and enjoy as Alhelí Pimienta and the members of the Venuti String Quartet come together for the first time on the COC stage, committed to mentoring their audience through story-telling on the significance of Mexican composers and musicians in the music industry.

Born in a family surrounded by various musical influences throughout his musical career, Hilario Duran returns to the COC to present compositions that reflect a wide range of influences, including Classical Cuban music from the 19th and 20th century. Featuring works by Manuel Saumell and Ignacio Cervantes, this session will also include American standards with Cuban rhythms, as well as music from South America. 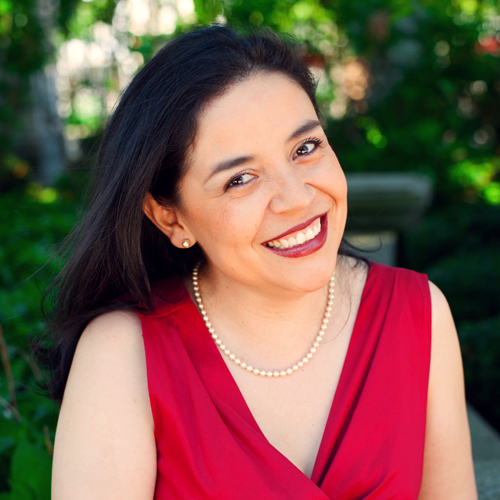 Colombian soprano Margie Bernal recently completed her Doctorate of Musical Arts (D.M.A) at Western University. Bernal holds a Master in Music from this same institution and a Bachelor degree in Voice Performance from Universidad Nacional de Colombia. A versatile artist, Bernal enjoys performing in both operatic and recital stages. Her interest in contemporary music has led her to collaborate with various composers, premiering different works.

Bernal's passion for Spanish music and commitment to her Hispanic heritage has led her to delve into the world of Spanish art song and Spanish opera, the latter being the inspiration for her doctoral research “Introduction to a Spanish Opera Aria Anthology for Soprano.” Alongside her career as a performer, Bernal enjoys teaching. She is currently a professor of voice at Western University. She resides in London, ON, with her husband Emer, and two daughters Anna María and Gabriella. 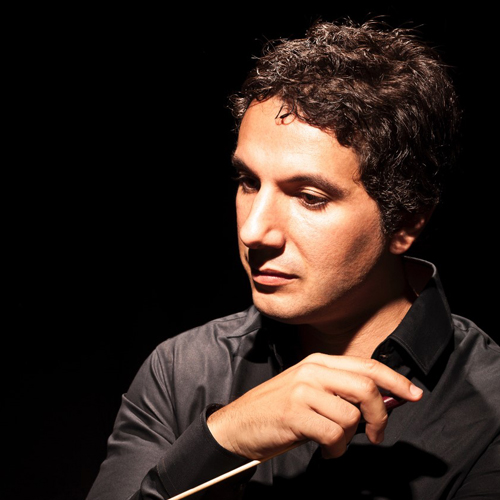 Simone Luti—A native of Lucca, Tuscany, orchestral conductor and pianist Simone Luti has gained recognition and acclaim for his musical instincts and sensitivity both on the podium and at the keyboard.

Luti has conducted on the podiums for such organizations as The Musical Festival in Ticino Locarno, Switzerland, the Gratchen Festival in Amsterdam, the Opera Studio Nederland, Opéra national de Montpellier, in Albania at the National Theratre of Opera and Ballet, the Symphony Orchestra of Bacau, Romania, and the International Opera Theatre of Philadelphia (in Teatro degli Avvaloranti, Città della Pieve; Teatro Mancinelli, Orvieto; and The University of Performing Arts, Philadelphia), Orchestra London & London Symphonia, and many more. Other international engagements took him to Cremona as coach for As.li.co’s productions of Pagliacci, La voix humaine, The Turn of the Screw, Medea and The Magic Flute, as chef de chant for Théâtre du Chatelet’s production of Norma, as a coach at the Opera de Montréal, as coach of Accademia Filarmonica Romana’s production of the opera For You, as musical director for American Opera Theater’s production of La tragédie de Carmen, Dido and Aeneas, Madama Butterfly, Riders to the Sea, and Rigoletto, both in Italy and Baltimore, as well as numerous collaborations for recitals and concerts in Italy and abroad.
OCTOBER 13 ARTISTS 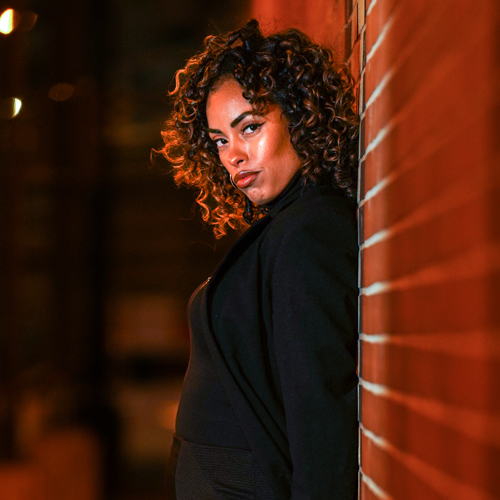 Born into a family where music and dance were very much a part of daily life, Kimberly Ramos was exposed to these cultural experiences at a very young age. Launching her professional dance career in 2013 as Co-Founder and Co-Director of Araguacu Latin Dance Company, Kimberly has since become an internationally recognized instructor, performer, and choreographer.

For more than 11 years, Ramos has specialized in teaching and promoting Salsa and Bachata, capturing the hearts of her community locally and abroad. 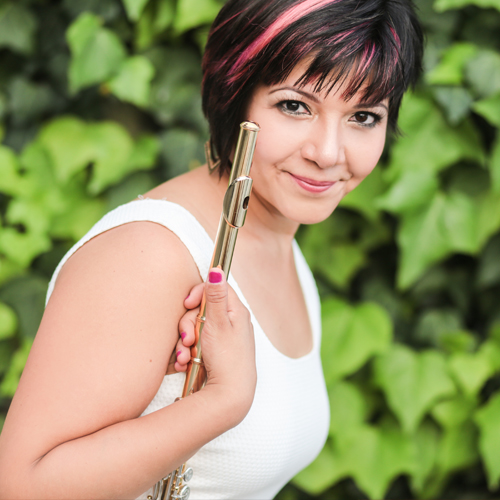 Described by NOW Magazine as a "rising star," Mexican-born flutist Alhelí Pimienta has performed and taught in over 30 countries. Her latest virtual project, "Yo Quiero Equal Opportunity,” will present newly commissioned solo flute works by live composers of diverse backgrounds and styles such as Juro Kim Feliz (Philippines), Icli Zitella (Venezuela), Daniel Cueto (Peru), and will be released in the summer of 2023. Pimienta has presented lectures, conferences, and masterclasses at the University of Toronto, University of Nebraska in Omaha, University of California Berkeley, the National Autonomous University of Mexico (UNAM), Puerto Rico Conservatory of Music, the National Library of Catalonia in Barcelona, the American Cathedral in Paris, amongst many others. Having started her musical training at the age of 7, by age 14, she completed her first Western European multi-concert tour as the second flutist of the Mexican dance company Fiesta Mexicana. 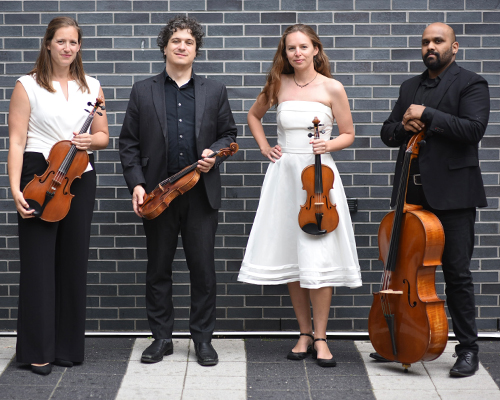 The Venuti String Quartet is made up of some of the most sought-after freelance musicians in Toronto. Their members frequently perform with many of the major orchestral ensembles in Toronto, including the Toronto Symphony Orchestra, the Canadian Opera Company, the National Ballet of Canada, and Tafelmusik. They are a highly versatile group comfortable performing not only the great classical repertoire but also jazz, contemporary, and many other musical genres. Their violinist, Drew Jurecka, also composes and arranges for the quartet.
OCTOBER 27 ARTISTS 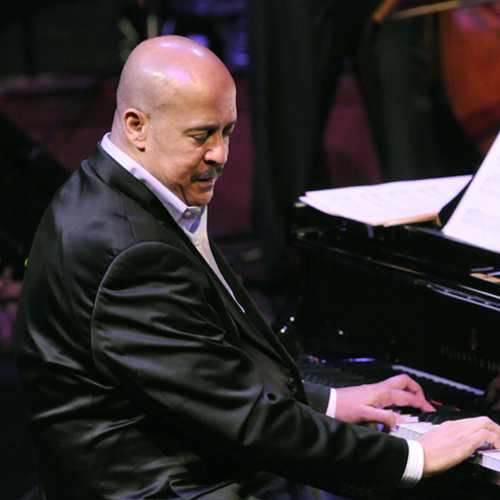 Born into a musical family and surrounded by various musical influences throughout his career, Cuban-born pianist and composer Hilario Duran is a multi-Juno Award winner and nominee; a Grammy nominee; a multi-Canadian National Jazz Award winner and nominee; and the proud recipient of the 2007 Chico O'Farrill Lifetime Achievement Award for his outstanding contributions to Afro-Cuban Jazz and Latin Jazz. He has also been recognized as the winner in the Latin Jazz category of the Latin Awards Canada 2020. Duran represents an essential aspect of Contemporary Cuban music and Cuban music history; he is a virtuoso player, arranger, composer, and bandleader in his own right. Fellow multihyphenate Chucho Valdés has called him "One of the greatest Cuban pianists of the 20th century."

DO I NEED TO REGISTER?
All events are free but registration is strongly recommended. Register online or call COC Ticket Services at 416-363-8231 to reserve your spot.
I'M NO LONGER ABLE TO ATTEND. HOW DO I RETURN MY TICKET?
If you are not able to attend, please reply to your receipt email or contact Ticket Services at 416-363-8231 (long distance in Canada and the U.S. 1-800-250-4653) or email [email protected].
DO I NEED TO WEAR A MASK?
Please note: as we set the stage for opening night of our 2022/2023 season, we are currently reviewing all health and safety policies to ensure the safety of our audiences, artists, and staff.

Stay tuned to coc.ca/SafeReturn for all updates on masking, ticket protocols, and more.
THE SERIES IS SOLD OUT! NOW WHAT?
As this program in free, we do anticipate a number of ticket holders will not be able to join us. For that reason, unclaimed reservations will be released to a standby line 10 minutes prior to the start of the program.
LATECOMERS AND READMITTANCE

There is no late seating for performances in the Richard Bradshaw Amphitheatre and re-admittance during the performance cannot be accommodated.

We recommend that you arrive at least 20 minutes before the event start time and remain for the duration of the performance.