The Indigenous Circle of Artists

The Circle of Artists is an advisory body that, since 2018, has been sparking conversation around institutional change at the COC and speaking directly to decision-makers to shape commitments that will support Indigenous communities with relationships based on reciprocity, caring and mutual respect. 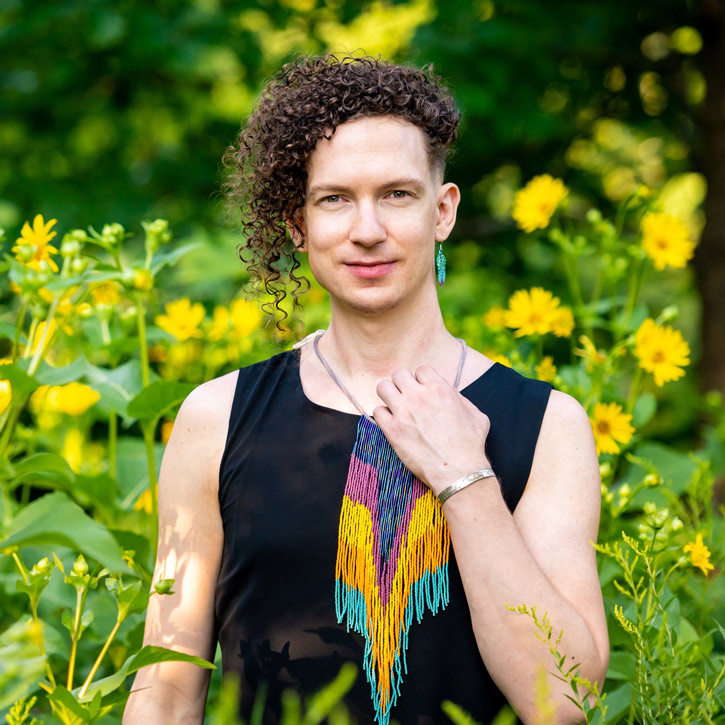 Cole Alvis is a Two-Spirit Michif (Métis) artist based in Tkarón:to with Chippewa, Irish, and English ancestors from Turtle Mountain. She is one of the leaders of lemonTree creations, manidoons collective, AdHoc Assembly and is on the board of the Dancers Of Damelahamid. Recently, Alvis performed in Louis Riel (Canadian Opera Company, National Arts Centre) and directed the Dora-nominated bug by Yolanda Bonnell (manidoons collective, Luminato), Lilies by Michel Marc Bouchard (lemonTree creations, Why Not Theatre, and Buddies in Bad Times Theatre), and, alongside fellow Dora-nominated Michael Greyeyes, co-directed an Indigenous opera double-bill entitled Two Odysseys: Pimooteewin / Gállábártnit (Signal Theatre, National Sami Theatre Beaivváš, and Soundstreams). This summer, Alvis is calling on the women in her matriarchal line to remember together their Michif ancestors. 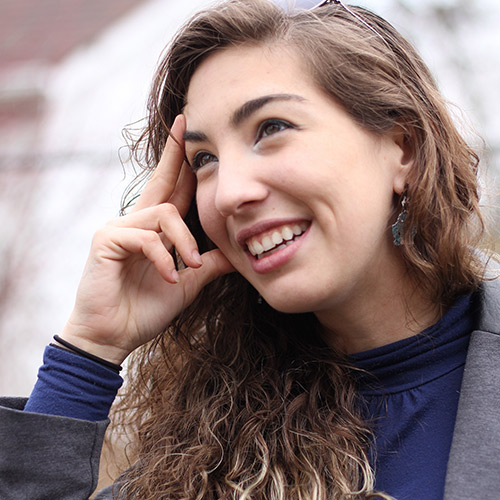 Autumn is the President of Lucky Penny Opera Board; as well as a Director at Large for CITT/ICTS. Through her Opera.ca; Opera America and Opera Europa Committees, she continues to work as a leadership mentor and indigenous advocate through a variety of cultural and community projects. 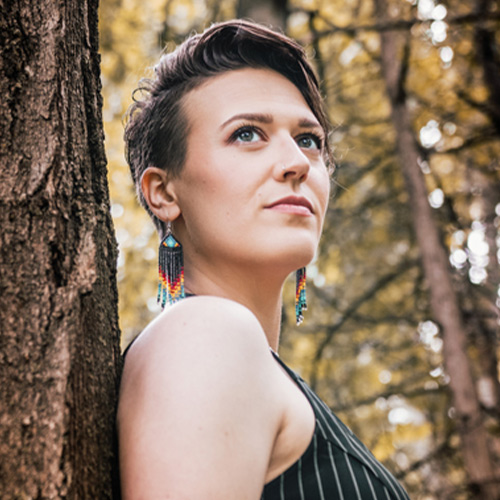 Métis/Canadian Mezzo-Soprano Rebecca Cuddy is a fast up and comer on Canadian operatic stages. Acknowledged as ‘moving’ (Gilks, Opera Canada 2019) and ‘the next generation who are going to do incredible things’ (Newman, The Whole Note 2019), her 2020 season saw her twice nominated at the Dora Awards for exceptional ensemble work, winning for Soundstreams’ Two Odysseys; Pimootewin and Gállábártnit.

Career highlights include world premieres of the roles La Métisse in Riel; Heart of the North (Regina Symphony Orchestra), Kwe in Shanawdithit (Tapestry Opera/Opera on the Avalon), and Bunny in Flight of the Hummingbird (Vancouver Opera/Pacific Opera Victoria). Rebecca is a member of the Canadian Opera Company Circle of Artists, the National Theatre School of Canada Indigenous Advisory Circle and is a Grand Council Member with The Indigenous Performing Arts Alliance. She is the current Indigenous Artist in Residence at the National Theatre School of Canada in Tiohtià:ke (Montreal). www.rebeccacuddy.com 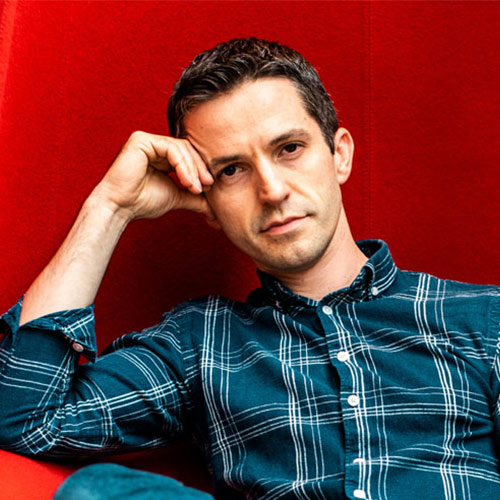 Ian Cusson is a Métis and French-Canadian composer of art song, opera, and orchestral work. His work explores the Canadian Indigenous experience, including the history of the Métis people, the hybridity of mixed-racial identity, and the intersection of Western and Indigenous cultures. Ian was the Carrefour composer in residence with the National Arts Centre Orchestra from 2017–2019, and became the inaugural artist of the COC’s Composer-in-Residence program, for 2019-2021. As part of his residency, the COC has commissioned a new work entitled Fantasma, and in 2019 Ian debuted a new aria, “Dodo Mon Tout Petit”, commissioned by the NAC and COC to replace the kuyas aria that had previously opened the third act of Louis Riel. In 2020, it was announced that Ian would join The Banff Centre for Arts and Creativity as a co-director of opera, alongside American soprano Karen Slack and Canadian director Joel Ivany. Most recently, he was awarded SOCAN’s 2021 Jan V. Matejcek New Classical Music. 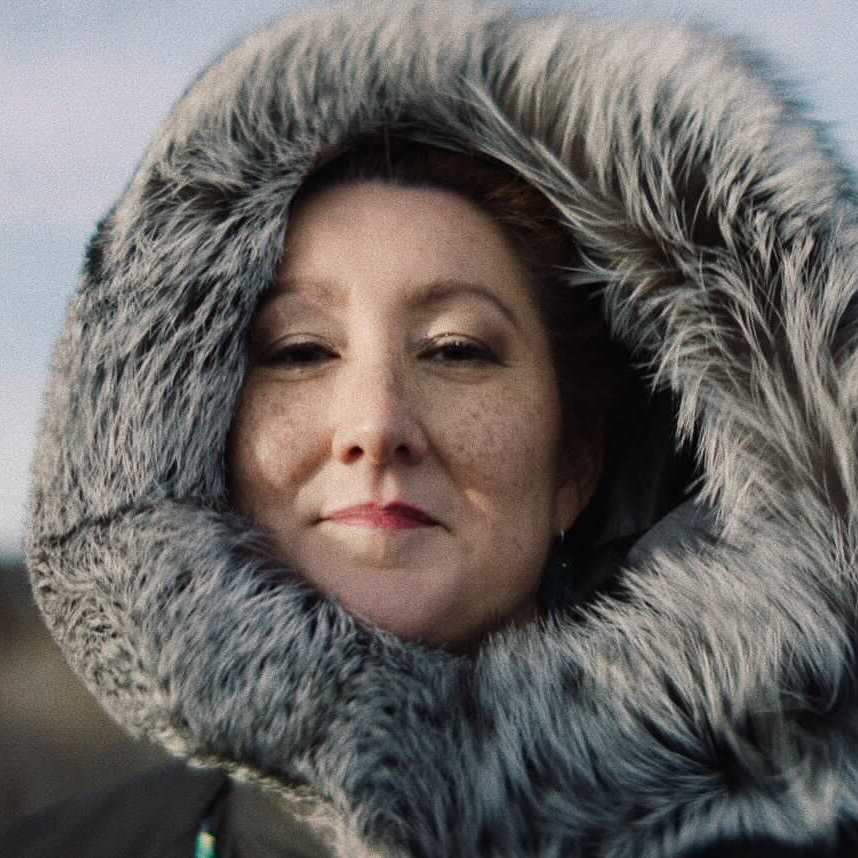 Canada’s first and only Inuk professional classical singer, Deantha Edmunds, is a proud resident of Newfoundland and Labrador. She is a two-time Dora Award nominated performer and is much in demand as a singer, actor, and collaborator in both Indigenous and non-Indigenous projects. In 2020, Edmunds was nominated for the East Coast Music Award ‘Indigenous Artist of the Year’ for her solo EP, My Beautiful Home, and in 2016 for the album Pillorikput Inuit: Inuktitut Arias for All Seasons.

2019 performances included the world premieres of Indigenous operas Shanawdithit with Tapestry Opera/Opera on the Avalon, and the Cree and Sámi double-bill Two Odysseys with Soundstreams/Signal Theatre/Sámi National Theatre Beaivváš. Most recently, Edmunds represented the province of Newfoundland and Labrador in Against the Grain Theatre’s national film Messiah/Complex, accompanied by the Toronto Symphony Orchestra. The project received international acclaim.

An urban Inuk, Edmunds aims to empower Indigenous people and share their stories. She explores and embraces her Indigeneity through poetry and song. Upcoming projects include performances at Stratford Summer Music Festival as well as recording her collection of songs, Connections with string quartet. Edmunds is currently writing the libretto for her opera, Ingutak which will be the first opera sung in English and Inuktitut. 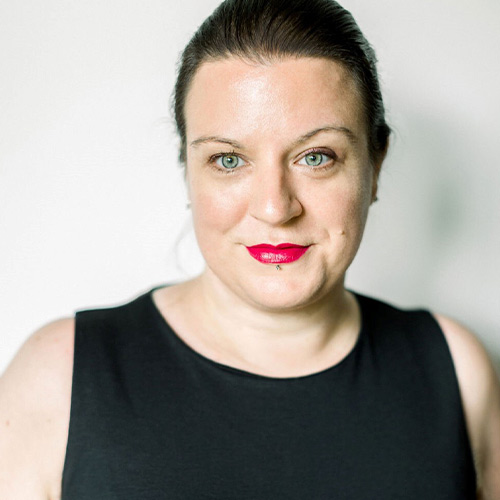 Robyn Grant-Moran (Métis) is a Tkaronto based writer, classical singer, and general jack of all trades. While completing her BFA in music at York University, Robyn’s interest in musicology and Indigenous representation in opera was nurtured. During this time she joined the COC production of Louis Riel in the Land Assembly. Since then Robyn has been focused on writing and calling attention to Indigenous artists and productions, initially writing for Alt.Theatre and Intermission Magazine. In 2019, she received the inaugural Nathan Cohen Award for Outstanding Emerging Critic from the Canadian Theatre Critics Association. Most recently Robyn’s writing can be found in The Dance Current and the Toronto Star where she continues to write about Indigenous arts. She can also be heard as the co-host of the COC’s podcast, Key Change, where opera is explored from many perspectives. 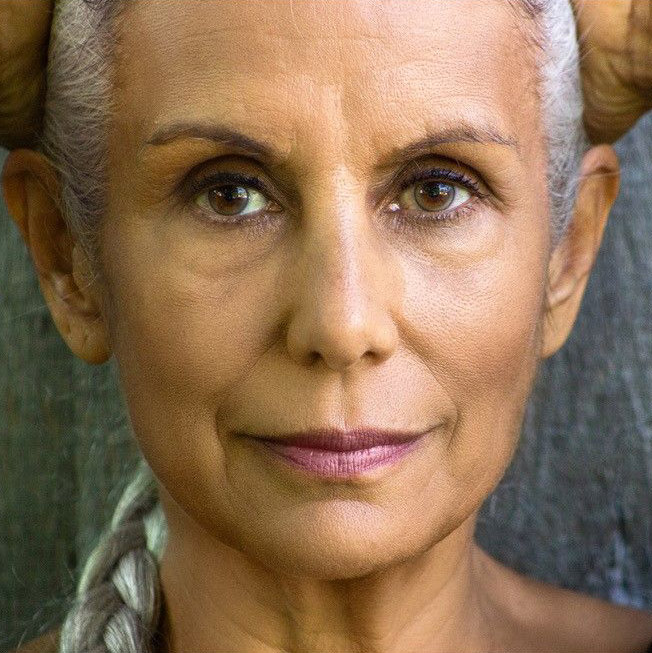 Jani Lauzon is a multidisciplinary artist of Métis ancestry. She is a nine-time Dora nominated actor/director/writer, a three-time JUNO-nominated singer/songwriter, an award-winning screen actress, a Gemini Award winning puppeteer and a Toronto Theatre Critics award-winning director.

She has fond memories of playing the puppet Grannie on the Mr. Dressup show and Pa Foley on The Big Comfy Couch. Memorable theatre appearances include: Cordelia/Fool in the National Arts Centre Aboriginal production of King Lear, Shylock in The Merchant of Venice (Shakespeare in the Rough) and the COC’s production of Louis Riel (directed by Peter Hinton). Her company, Paper Canoe Projects, produces her own work, including the award-winning Prophecy Fog, as well as I Call myself Princess and A Side of Dreams.

Lauzon has worked extensively developing a pedagogy of actors training based on interdisciplinary training and circular communication. She was co-founder of Turtle Gals Performance Ensemble, a Native women’s theatre collective and is currently the Associate Director of English Acting at the National Theatre School of Canada. Lauzon has also worked tirelessly as an advocate for inclusivity with 20 years as the Diversity Advocate at ACTRA Toronto, serving on committees with several organizations including the Royal Academy of music, Folk Music Ontario, Canadian Actors Equity, and the Stratford Festival to name a few. 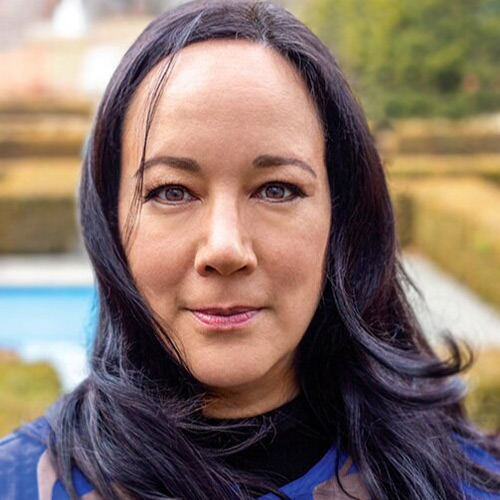 Kwagiulth and Stó:lō mezzo-soprano Marion Newman is a member of the Indigenous Advisory Council of the Regina Symphony, sits on the advisory board of the Canadian Music Centre of BC, the Association for Opera in Canada and is part of the Circle of Indigenous Artists for the COC. Previous roles include Rosina in The Barber of Seville and the title character in Carmen, and Dr. Wilson in Missing; she was also nominated for a Dora Award in the title role of Shanawdithit. Newman is always working on rising to the expectations of her talented and respected colleagues who continue to give her opportunities to share her voice as a speaker, teacher, facilitator, dramaturg, and as a Co-Founder of Amplified Opera. Upcoming appearances include Migrations in her debut with the Welsh National Opera. 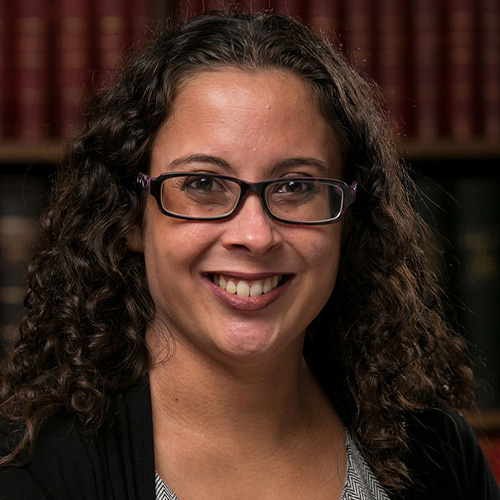 Rena Roussin is a Métis and settler music scholar with additional Haida ancestry. She is currently a doctoral student in musicology at the University of Toronto, where she studies art music as a form of historic and contemporary activism. Rena's research focuses on evolving understandings of disability and gender in eighteenth-century opera and oratorio, as well as on present-day activism in art music performance in Canada in the age of Truth and Reconciliation. Her publications appear in Haydn: The Online Journal of the Haydn Society of North America, Musicological Explorations, and the forthcoming Bloomsbury Handbook of Music and Art. Rena is also a vocalist and pianist. 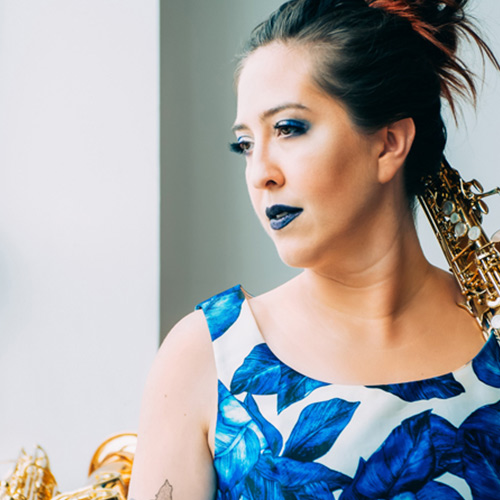 Shortt was a finalist for the Toronto Arts Foundation Emerging Artist Award as well as awarded and named one of the 2020 Buddies in Bad Times’ Emerging Queer Artists. Shortt is featured in the 2020 Winter edition of Musicworks magazine. They are attending Dartmouth College in the Masters of Digital Musics Program.

MORE FROM OUR CIRCLE OF ARTISTS

Ian Cusson joined Key Change: A COC Podcast as a special guest with best-selling author Cherie Dimaline for Episode 5: Visions for the Future.

Learn more about Cole Alvis in this profile for COC News.

Learn more about Rebecca Cuddy in this profile for COC News.

Learn more about Olivia Shortt in this profile for COC News.